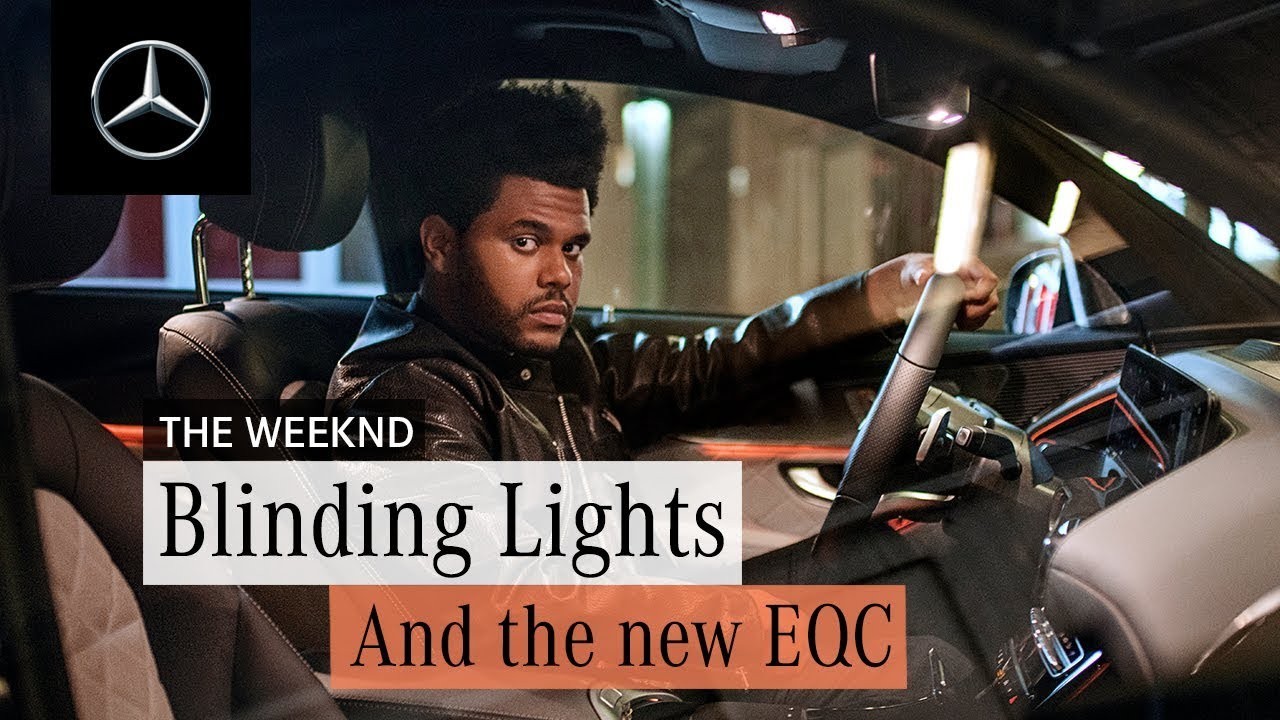 Why the Mercedes’ brand bet on Appealing to Younger Audiences has One, Unavoidable Flaw

Published by G.M. Papadopoulos on February 2, 2020

Let’s start with the obvious; countries are brands as well.

Italy’s famous for her abbondanza cuisine, Japan’s known as futuristic, France outshines the competition when we speak about cheeses & wines.

Subsequently, Germany is recognized for its efficiency. A perfect perceived quality & a value proposition for high-involvement products who need to be seen as reliable and worth the investment; like cars.

Volkswagen, Opel, BMW, Audi, and, of course, Mercedes, are worldwide recognized car brands that dominate the international market. But let’s take a closer look at the last three.

BMW, Audi & Mercedes all produce high-quality, almost equal in terms of performance cars with similar price ranges, so they can be seen as direct competitors. But there are some notable differences. Take a look at these perceptual maps from perceptualmaps.com.

From the left & right ones, we see how close these 3 brands are. Now, look at the middle; see how Mercedes is for a completely different target group?

Before writing this article, I decided to do a fun experiment through a hypothetical question, which I love by the way (and my friends detest). I asked them:

If I gave you, right now, 50.000$, to spend it on a car, not worrying about equipment or repairs, what would you choose?

I am 24 currently, so lots of people I know are within my age group. I got lots of different answers; Audis, BMWs, Hondas, Mazdas, etc.

Then I went to the office and made the same question to my senior colleagues.

“Oh, Mercedes!” “Hmm, a Mercedes will do, I guess” “Give me the keys for a Mercedes”

Mercedes always had that reputation; it’s a car for seniors. It’s a car with prestige. Not everyone can buy a Mercedes; but those who do, satisfy a social need for recognition, no other car could ever do.

Here in Greece, that phenomenon is even more extrapolated; Mercedes’ was the dream of every person who was just about to get his pension.

BMW Vs Audi Vs Mercedes; The Luxury Automobile’s Brawl

Mercedes quickly understood, however, but they were losing a big slice of that market pie; especially from bitter rivals BMW & Audi, both of which had products that young people could consider as… sexier. In non-slang terms, they create cars with bold designs, technological & mechanical innovations, things that younger generations could appreciate.

For both Audi & BMW, even though I wasn’t always a big fan of the car industry (I still don’t have a driver’s license, but I am working on it), I had the luck to feel this by myself.

Last year, I attended a course tutored by Mr. Gary Telaak, Head Designer for Audi for their European studio, at my University (International Hellenic University), as a part of my MSc at Strategic Product Design. What he mentioned so many times was obvious, if you follow Audi’s brand; they innovate. Their designs were always fresh, and they are a role model for other car brands across the globe.

BMW’s no different. I can’t thank my cousin enough that convinced me to take the BMW manufacturing trip back when my 18-year old self was on a trip to Munich. I managed to see why their cars are created to appeal to younger audiences. How they convey this incredible class of them. Each production process means something. They even had a robot “playground” to test new robots’ movements and functionality, which is irrelevant but always makes me laugh when I remember the guide’s hilarious explanation!

Making a Positioning 180° Turn, Without Capsizing the Car’s Brand

So, Mercedes decided it’s time to change that; and change they did. Like Benjamin Button, they tried to become… younger!

Not only to win more market share, though. Mercedes is confident that, due to their superior quality, people who convert now will continue to buy as they get older. Brand loyalty is everything within the car market.

So, they created and promoted new car lines (like the c-class, which is a direct competitor of BMW to the US according to Bloomberg) that can appeal to newer generations, as an effort to catch them while they’re young. Back in 2013, they even replaced their (65-year-old) Head Designer with the 39-year old Gorden Wagener. His objective? “Go make cars young people like”, as Marketplace.org mentions.

Their whole promotion strategy, little by little, changed as well. Step by step.

Have a look at this magnificent ad back from 2016, from example. Funny, for sure, but not quite youngish. They used this ad by referencing the chicken’s ability to fix their heads to a specific spot (chickens do it because their eyes are fixed and cannot roll, so they have to move their heads to see where they want, or, in our case, stay still to focus their gaze), to promote their vehicle’s stability. A pure result from their calculated transition, which was still in progress.

Let’s head back to 2019, however, to what it seems to be as one of the best car ads of the past decade.

With the Weeknd as their protagonist and, reportedly, the ad’s creative director, they created a content piece that was truly a masterpiece. Within 3 minutes, they managed to showcase the history, no, the legacy of the brand, up to this point. But they didn’t stop there.

If we analyze the ad, 3 are its key points.

They focus on the younger generations.

Almost all people are young within the ad. The Weeknd himself is a pop icon adored by millennial fans. Scenes focus on presenting how drivers & users of the car feel free, have fun, challenge the status quo. Things young people do. All by relating everything with the brand.

“Wow, you drive electric?” “… What do you mean, I drive a Mercedes“

Boom! Right in the face!

No, Mercedes-Benz is not just another car brand who’s like “We will have to create an electric vehicle; everyone’s doing that”.

EQC is a Mercedes. And they have everything to prove so; the brand, the quality, the legacy

They make it clear, from start to finish, from the roof to the tires.

They still showcase the car’s qualifications, the best way possible

That wasn’t a simple music pause. That’s the real footage of what the car sounds like. Silence.

After delivering the line about driving a Mercedes, The Weeknd so gracefully shows us how easy is to just press go.

The editing of this video includes all the main benefits of the product, without even boasting. It shows the car from all angles, great grips, and stable turns, The final result is so entertaining, you don’t mind watching it again & again.

Where is Mercedes currently; And What’s the One Brand Element that Holds (it) Back

Let’s see the newest ad by Mercedes. It’s about their new dashboard on their EQC, a state-of-the-art technology that gives the user full control over the car through voice.

It doesn’t take out much to see the target audience for the ad.

Mercedes understands that the electric car industry is the future of automobiles. Electrics appeal to a younger, environmentally-conscious audience, that exceptionally aligns with the company’s overall direction.

Don’t get me wrong; the ad itself is great. It does its purpose, effectively. It is a classic Mercedes ad that shows the brand’s history, the product’s qualifications, it’s funny & clever.

But, I personally think that there’s one thing, one element within the video that is in full contrast with everything else.

That! Damn! Typeface! – Why Corporate A BQ Font Family is a Legend that has to go

You can find this font on the internet by typing “Corporate A BQ”. It’s a Serif typeface, created back in 1987 by Kurt Weidemann. Corporate A BQ replaced all other fonts that Mercedes had used up until this point, giving the brand a truly iconic font that totally matched with the logo.

To pay my respects to the creator, I have to say that, back in 87′, this was revolutionary. Modern, yet classy, all at the same time.

However, the font family nowadays is the epitome of traditional. It almost looks like Times New Roman for non-graphic designers. It’s so old school that old professors made us use it when submitting coursework (damn you Times New Roman 12, 1.5 Line Spacing).

It’s ironic, isn’t it? To create an ad titled “Interface revolution”, by using such an old typeface. And because the font, alongside the logo, is the face of the company, have a look at Mercedes down below.

What happens next for Mercedes-Benz?

Mercedes-Benz is in an awkward position with no easy solution. This typeface became a synonym with their class. It’s an essential brand element for the company.

There are reasons to think that Mercedes won’t do anything about that. Daimler’s (the company that owns Mercedes-Benz Brand, among others such as Beat) approach is to always secure their ground first, expand second. Former Chairman and Head of Mercedes-Benz was quite fond of that strategy, as can be seen from his interview at Warc back in 2012.

Apart from that, things are looking good; for the fourth year in a row, they managed to beat their rivals BMW & Audi, even with a small, yet noticeable gap.

As times change, so do companies; except those that decide to battle the unbeatable and die, as Kodak did.

Sooner or later, the Mercedes brand, as an all-in bet on winning younger audiences, may have to do a rebranding.

I should mention that older, loyal to Mercedes, generations, already has shown some opposition; they simply don’t want younger people to drive these iconic cars.

How they will try to solve this equation with so many xs?

The company is on the steep road of crucial business decisions, high up on the uncertainty mountains. It’s pitch-dark; only the car’s lights can show the way. A wrong turn leads off the cliff. Not the ideal place to drive, even for experienced drivers.

But in Stuttgart, at Daimler’s HQ, it’s like I see them, staying relaxed, being confident. They know that they will continue their way, smoothly.

Because, even on this road, even under these conditions, they drive a Mercedes.

Fan of Digital Marketing? If so, I and my mate Antonis Spyridakis host our talk show, Digital Kitsune. We try to create a digital hub that empowers the digital marketing community, by extracting knowledge from top marketing minds, so if you want to be a part of it, follow us on Social Media!