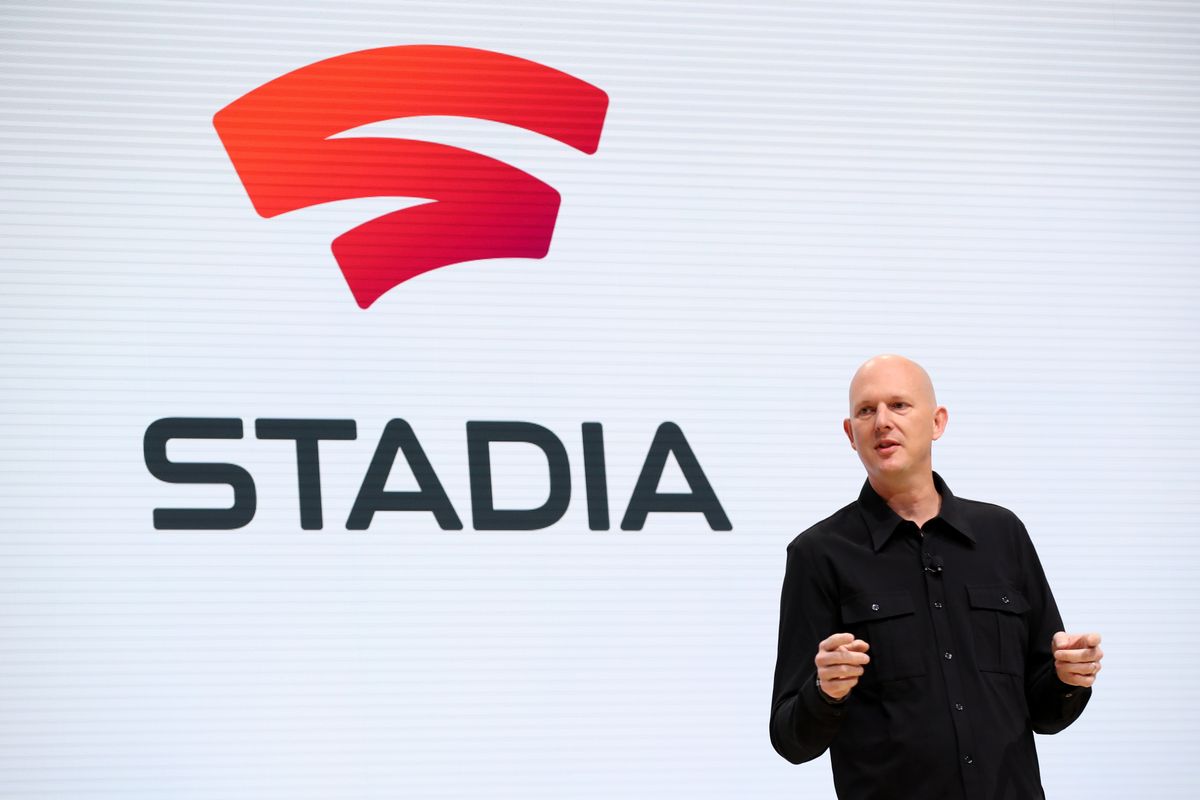 Where is the Video Game Industry Heading to?

It’s official. Google enters the Video Game Industry, valued at $135 billion in 2018, for good. Google Stadia, described by the Verge as the early beta release of gaming’s future, is announced; and the hype for the most profitable entertainment business sector, according to Reuters, is real.

If you were living in a cave for the past few days, Tech Insider’s video regarding the most important parts of last Tuesday’s gaming fest is pretty self-explanatory.

But a lot of things remained unclear. Google avoided sharing information on bandwidth, developers and even pricing, among others. Many speculate that the GDC’s main goal was to draw the attention of gaming studios, as an effort to enrich Stadia’s gaming collection. And, of course, to win the hearts of gamers worldwide.

The search engine giant is late to the streaming party, but it certainly managed to draw the attention, re-bringing streaming services on the surface. What will happen to the video game sector now? Let’s have a look at some key points that may change the industry, forever.

Google didn’t just come up with the idea of streaming games. Amazon has been evidently preparing for its own streaming service. Nvidia already launched GeForce Now, Sony has PlayStation Now, Microsoft xCloud is getting there, and even Nintendo has been experimenting with the feature in limited countries.

With every major tech company betting on the technology, it’s safe to say that the future of gaming is no longer located within a box. The concept has the potential to bring top-notch quality gaming to the masses, ruining consoles as we know them. However, as another technological breakthrough, we need to wait until it’s mature enough to use it. How close are we until that point, though?

No need for expensive hardware anymore seems just too good to be true. Maybe it is, as many experts fear that we still have a lot of ground to cover.

Internet speed is a major issue. According to Netflix, a regular HD stream per hour uses about 3GB. This takes out a lot of markets with insufficient web infrastructure. Mobile gaming will be hard too, at least before 5G network technology is implemented. But there’s more on that.

Video game streaming requires bidirectional communication, instead of on what’s happening with simple video. Your device will have to send back your commands and respond directly, for smooth gameplay.

This will create vast differences on gameplay experience between users, even with Google’s massive server capacity. Reports on Gameinformer & Digital Foundry already mention that there is a noticeable input lag, even on perfect settings. Google’s Phil Harrison believes that Google is one step ahead, however, and with  the help of internal innovations Stadia will be as smooth as it gets.

And it makes sense; if there is one company that can realize video game streaming, it’s Google. It has the server capacity, the technology, and it also recruited key people (like the former Xbox and Sony executive Phil Harrison) from the video game industry, to assign the right team for the project. Additionally, Stadia works directly with YouTube, promising a universal platform for streaming and gaming, at the same time. Only Amazon could compete under these terms, but will it be able to do so in the future?

So, what the future holds for gaming?

Video game streaming is a state-of-the-art concept, that has the potential to disrupt the industry, in numerous ways.

For starters, let’s start with the obvious. This may have been the last nail for the console gaming’s coffin. But mobile gaming, the biggest market of the sector, is also in grave danger. Services the likes of Stadia promise to run AAA titles on a mere medium to high-end smartphone. A lot of gamers may switch their attention to better titles, partially ditching the whole casual genre.

Additionally, It’s interesting to speculate how video game streaming will cooperate with other top-notch relevant innovations. Can it incorporate virtual and augmented reality, gesture control, and wearable gaming, among others?

And, of course, what will happen to consoles with a unique gaming experience? Nintendo Switch is a prime example. Will they switch (pun intended) to streaming games in every device, selling special accessories to maximize their potential, or they will stay put?

Only one thing is certain; changes won’t be sudden, and won’t be universal. It’s probable that gaming companies will opt out for a middle-ground solution, providing both a streaming service and a console for the next couple of years. For now, we can only anticipate what it’s going to happen, as we are currently standing on the sidelines.

Craving for more Market Reviews? Have a look at my analysis on how the search market is changing.